Plíšková off to America after Preparation with New Fitness Coach Všetíček 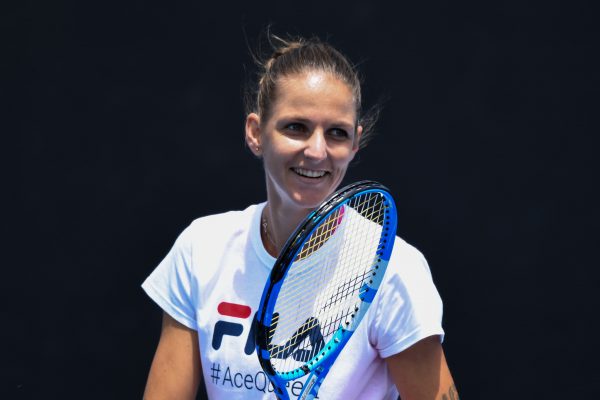 Karolína Plíšková has already left for the sunny California, where she will play two important Mandatory tournaments. Back at home she worked hard under the supervision of her new fitness coach, the experienced Marek Všetíček, who replaced the Slovaks Nosek and Trebatický in the Ace Queen’s team.

Plíšková felt it was time to move a level higher as regards her fitness and physical preparation. And she chose to cooperate with the tried and tested coach Marek Všetíček, who used to work with Radek Štěpánek for long years, as well as with Karel Nováček and Petr Korda, and who now helps with preparation of the footballer Matěj Vydra. “He’s an experienced coach who has achieved a lot in his field. I strongly believe that I can significantly improve my movement on the court, which is still my weakness,” wished the best Czech tennis player and the coach Všetíček believes in her progress too. “I want her movement on the court to become her advantage that would help improve her overall performance in the future,” the new team member said.

The experienced fitness coach is looking forward to the new cooperation very much and takes it as another big challenge in his career. “I’m glad I can be a part of Karolína’s sports story and a member of her team,” said Všetíček, who started working with the former world number one at the beginning of this week. “The fact that Karolína’s tennis coach is Tomáš Krupa, with whom I worked in the past and we understand each other, played a big role too. Also with her mental coach Marian Jelínek we’ve known each other since our studies, so I’m not entering unfamiliar environment,” the fifty-three-year-old Všetíček named the advantages.

Plíšková is now going to play important tournaments in the United States, the so-called “Sunshine Double” that includes Mandatory events in Indian Wells and Miami. “I was successful at these tournaments last year, I usually like playing there, so hopefully I’ll continue in that this year too,” Plíšková mentioned her last year’s semifinals both in Indian Wells and in Miami.