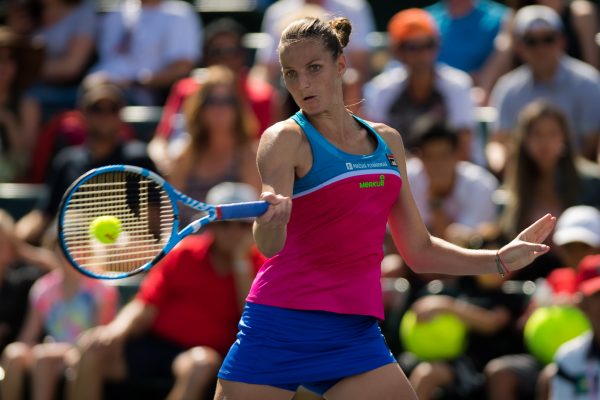 Karolína Plíšková finished her Indian Wells campaign in the quarterfinals and didn’t manage to defend her last year’s semifinal appearance. In the Californian desert she was overcome by an on-fire Japanese Naomi Osaka in two sets – 2-6, 3-6.

First, Plíšková turned around her match against Begu of Romania. Being down 1-5 in the opener, she won the first set in the tiebreak and clearly dominated in the second. “I didn’t feel very well in the match. It took me a while to get into the pace. But before the end of the match it was quite OK already,” said Plíšková.

In the third round she faced Shuai Zhang of China, whom she defeated in a three-set battle and improved their head-to-head record to 7-0. The round of sixteen sent Plíšková against the surprise of the tournament, the sixteen-year-old American Amanda Anisimova, who eliminated Petra Kvitová. Plíšková started the match dominantly, winning the first set in just twenty minutes. But the bravely playing Anisimova got into the game and Plíšková secured her win only in the second-set tiebreak. “The level of my game was better than in the first match. I was able to control the pace and play aggressively,” Karolína commented on the match.

In a battle for the semifinals, Plíšková encountered Osaka of Japan, against whom she had played only once in her career before. It was last year in Toronto and Osaka retired early in the third set. This time she was in perfect condition and beat the Czech number one 6-2, 6-3. “Naomi was better from the very beginning, I was out of rhythm. The weather wasn’t my cup of tea and nor was the long wait for the match. The opponent clearly outplayed me,” explained Plíšková, who failed to reach her third consecutive semifinal at her favorite tournament.

The ace queen is now going to take part in another Mandatory event in Miami. Last year she reached the semifinals here as well. “I’m looking forward to next challenges. I feel my tennis has been gradually improving. Obviously my start into the season hasn’t been as great as last year, but I’m gradually getting better. I hope I’ll continue in that,” Plíšková concluded.