Excellent Plíšková to Fight for Title in Stuttgart 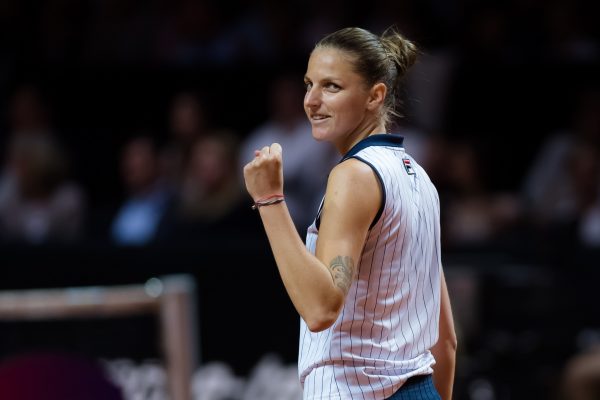 While in the quarterfinal against Jelena Ostapenko Karolína had to turn the score around, in the Saturday’s semifinal she outclassed the Estonian Anett Kontaveit 6-4, 6-2 to reach her first final this year.

Plíšková advanced to her first final since her triumph in Eastbourne last July. She ended her wait on clay in Stuttgart, Germany where she can win her first clay title since Prague 2015.

Although Plíšková wasn’t so accurate on her first serve in today’s semifinal, she still dominated in this aspect. In the first set Kontaveit won just five points on return and in the second Karolína served all four games without losing a single point!

Plíšková had a fantastic first serve points won percentage of 96% and powered into the final in 65 minutes. In her last match in Stuttgart she will face the American CoCo Vandeweghe who topped Caroline García of France 6-4, 6-2 in the other semifinal.

“Ironically I didn’t feel very good in the first set but again the important thing was that I could rely on my serve, which has been working fine since my Fed Cup matches here in Stuttgart. My today’s performance had an upward tendency and I’m happy I won quite quickly. After the quarterfinal I got to bed as late as around two a.m., so I need to recharge my batteries for the tomorrow’s final.”