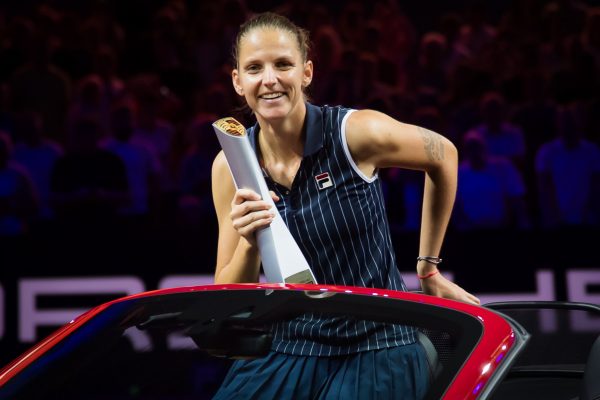 Karolína Plíšková climbed to the very top of the tournament in Stuttgart, Germany! The Czech overcame CoCo Vandeweghe of the United States in a dramatic battle 7-6, 6-4 and rounded off the number of her WTA tour titles to 10!

Plíšková apparently fell in love with the clay in Stuttgart. Last week she helped the Czech team advance to the Fed Cup final and today she managed to win her first title since last July when she triumphed on grass in Eastbourne.

The Czech player didn’t have the best of starts into the match and lost her serve in the opening game. Although she broke her opponent back only a while later, it was clear that it won’t be roses all the way. But Plíšková could rely on her serve in the decisive moments, hit 11 aces and grabbed the first set 7-2 in the tie-break.

In the second set Karolína got her opponent under pressure, built a comfortable 5-2 lead and served for the tournament. Although her first attempt didn’t come off, at 5-4 the Ace Queen got her first match point and managed to convert it.

The title from Stuttgart is Karolína’s tenth in her career and the first in more than nine months. She became the first-ever Czech to win this traditional tournament.

“I’m happy. It was a tough match, I didn’t feel 100 % OK and I knew it would be very difficult. Coco is a very self-confident player with a high-quality serve. Fortunately, I was able to rely on my weapon too and managed to win important points at critical stages of the match. I would like to thank to the organizers for an excellent tournament that is one of the best on the Tour.”