First Win against Halep! Plíšková Beats the World Number One 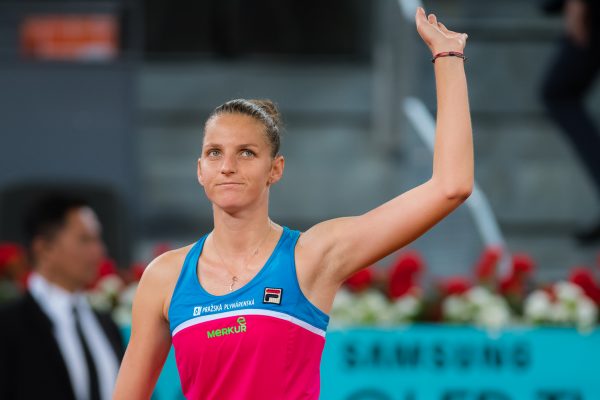 Karolína Plíšková played an amazing match in Madrid today. So far she has beaten the Romanian Simona Halep only once in the Fed Cup, and at the WTA Tour their head-to-head record was 0-6. The Czech defeated the world number one on the Spanish clay 6-4, 6-3 and recorded her first tournament win against her unpopular opponent.

Together with her title from Germany, the world number six, Plíšková, has won her ninth consecutive match. The encounter with Halep didn’t last long, Karolína triumphed after just 70 minutes. Although Plíšková started slowly and lost her serve in the second game, from that point she played excellent tennis. She posted 20 winners during the match and Halep added 26 unforced errors, which accentuated the best Czech tennis player’s dominance even more.

Also thanks to this Plíšková managed to rain her own points on the two-time defending Madrid champion, break her opponent back in the third game and go into the lead herself in the seventh game. After serving the first set out, Plíšková dominated in the second as well. She didn’t allow a single break point anymore and got the key break herself in the third game. She ended the Romanian’s 16-match winning streak in the Spanish capital.

Plíšková, who was eliminated in the second round in Madrid three times in a row, keeps improving her maximum from the Spanish clay. Now she is already looking out for the semifinal battle, in which she may face the world number 10, Petra Kvitová, who is going to play against Daria Kasatkina of Russia in tonight’s quarterfinal.

“It was a great match. I knew I needed to be more aggressive than usual. Simona is excellent in defense and moves on the court amazingly. She has dominated here in Madrid in recent years. But it was my day today. Maybe it has been my best match on clay in my career.”