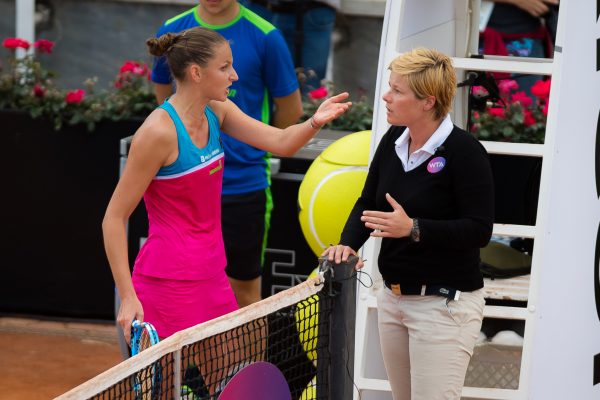 Karolína Plíšková will pay a fine for her emotional reaction following a judge’s error in Rome, which came at 5:5 and 40:40 in the third set, when a ball that was clearly in was called out. She has been fined a four-digit amount in euros and she decided to send the same amount to charity as well.

The frustrated Plíšková lost her temper and as a result lost the whole match. Immediately after the end she took it out on the umpire’s chair and bashed it a few times with her racket.

Several tennis legends expressed their understanding for Plíšková. “That line call has to go down as one of the worst calls in a while. Not right! And she’ll be fined not the umpire,” the Grand Slam winner Rennae Stubbs wrote on her Twitter account.

As expected, Plíšková was indeed fined by the WTA and has to pay a four-digit amount. “Karolína accepted the fine. Plus she has decided to send the same amount to charity,” said Michal Hrdlička, manager of the twenty-six-year-old tennis player.

Send your tips where Karolína might send the money from her endowment fund via the form on this website.