Plíšková to Start at Roland Garros against Fellow Czech Krejčíková 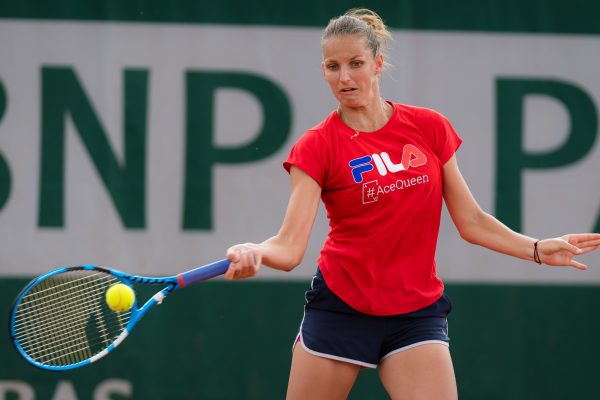 Karolína Plíšková has been at the venue of this year’s French Open since Wednesday, getting used to the slow surface and sultry weather. “I haven’t been playing very well in practice so far,” she commented after her afternoon hard work in Paris. But she stays calm, believing that everything will improve once she gets into the match rhythm.

“I’m hundred per cent ready and already looking forward to the match,” she told in a T-shirt soaked with sweat to Czech journalists following her Sunday’s practice. She’s had her career-best clay season so far this year, winning a title in Stuttgart and reaching the semifinals at a Mandatory tournament in Madrid. Only in Rome she lost her very first match, although it was influenced by a referee’s blunder. “This is already gone, now I’m focused on the French Open,” said Karolína.

She is defending last year’s semifinal in Paris, but at the moment she doesn’t look that far ahead. “The first round is already going to be tough,” assumed Plíšková, who will face a fellow Czech Barbora Krejčíková. The two haven’t met at the WTA Tour yet. “I played against her once in the Czech extraleague four years ago, but I remember the match only vaguely,” said the Ace Queen from Louny.

Plíšková will be the favorite of course and the match is scheduled to start at 17:30.