Plíšková Routed by Sharapova: It’s a Wake-Up Call for Me 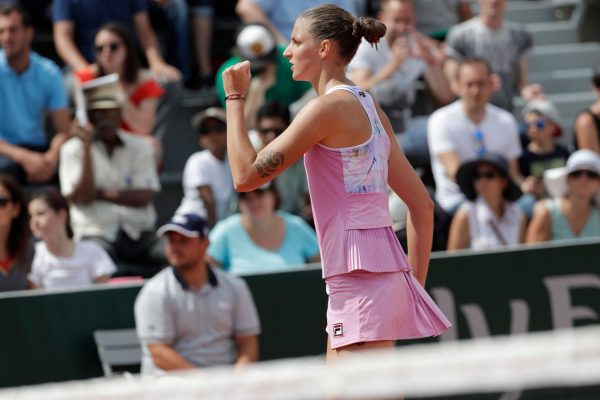 It was supposed to be a celebration of tennis that Karolína Plíšková looked forward to as to a big challenge. But 59 minutes on the center court against Maria Sharapova really knocked her down. “She was better in every single aspect. And whether I could have won a few more games? That doesn’t matter anymore,” Plíšková said following her 2-6, 1-6 loss.

Her last defeat by such a margin on a Grand Slam tournament dates back to the U.S. Open in 2015, where she lost with the same result against Anna Tatishvili. But in the past three seasons such a loss has been something unheard of.

Sharapova absolutely dominated on the center court and ended the match in just under an hour. Plíšková couldn’t rely on anything – service, winners, nor movement on the court, nothing really worked. “I didn’t cause any harm to her. But even if I played great tennis, it would’ve been very difficult,” Plíšková acknowledged her opponent’s perfect performance.

And she complained that she ran our of juice following her successful weeks on clay.

Why was that?
Perhaps I was already running out of energy after nine weeks on clay. I had hardly any time off and didn’t really feel the zest for tennis. During my matches, practice sessions as well as warm-ups here in Paris I didn’t feel confident in a single type of shot and that’s quite tough to play with. So, it’s quite good that I won at least two matches here.

How do you feel about the score that is clearly in favor of Sharapova?
If I played at least a bit better, it could’ve been, let’s say, 6-3, 6-4, but that doesn’t bother me anymore, it doesn’t matter. Perhaps it’s important to get routed like this from time to time. It has almost never happened to me yet. And it’s better to be defeated like that by Sharapova than by someone not so famous. It’s a kind of a wake-up call for me.

Is the third round on a Grand Slam tournament too little?
It’s definitely too little, but with my current form it could’ve been much worse. Maria was better in every single aspect. My performance here was bad in general. Only my fighting spirit and perhaps experience helped me go through two rounds, but I didn’t have what it takes to beat such a good player.

Didn’t you feel hobbled by the fact that you were defending last year’s semifinals?
I can’t say I was unnerved by this. But I’m glad I am over the Roland Garros, that’s true. It’ll be better on grass, I’m not defending almost anything in Wimbledon. And then comes my favorite part of the season in the U.S. where I’ve always played good tennis. There’s a chance to win some points every week.

What will you learn from this year’s Paris?
Many things, both for my team and for myself. I work hard on my fitness, I practice quite a lot for myself, but it just hasn’t fallen into place yet. This year I felt good perhaps just in Stuttgart where I won the title. I believe it will be better on hard courts.

Before that there are the grass courts. What tournaments are you going to play?
At the moment I am registered for Birmingham, Eastbourne and Wimbledon. But I’m not sure about the first two; I’ll probably play the third one. (laughs) I kind of feel I have quite enough of tennis at the moment and I’ll definitely take a few days off. But it would be good to play at least one tournament on grass before Wimbledon. Although, I win one every year and then get knocked out of Wimbledon early. (laughs) So, maybe I need to change something.

Is it difficult to time the form right for a Grand Slam tournament during the tennis season?
It is. Now I didn’t manage to time my form for the French Open and I was completely out of energy. Hopefully I’ll be more successful with Wimbledon. Unfortunately, the draw here at Roland Garros didn’t let me get into swing either. I faced tough players. In order to be successful on a Grand Slam, everything has to fall into place, which didn’t happen here at all.