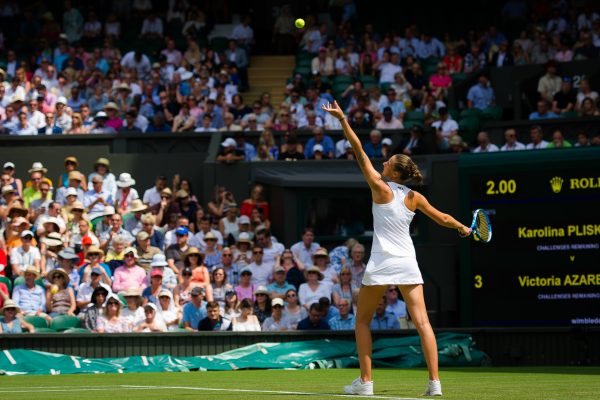 The curse has been broken! It took Karolína Plíšková seven attempts to reach third round at Wimbledon. In her today’s match she defeated Viktoria Azarenka 6-3, 6-3 after a very good performance. Plíšková will face Mihaela Buzarnescu in a fight for a spot in the round of sixteen.

The opening set of the match against Azarenka took almost three quarters of an hour. And it was the Czech who was more successful. Plíšková didn’t face a single break point in the entire match and, on the contrary, she was dangerous herself on return. “I felt significantly better today than in the first round. But it can be even better,” Plíšková commented after the match.

In the second set Plíšková was safely holding her serve as well. The world number eight waited for her chance until the seventh game and with the score at 3-3 she broke her opponent’s serve. This happened again two games later and Plíšková could celebrate her advancement to the round of 32 of this year’s Wimbledon. “This is the first time I made it to the third round here, so I’ve accomplished my primary goal. I hope I’ll add a few more wins in London,” hoped Plíšková, who is now going to face Buzarnescu in their first ever head-to-head WTA Tour encounter.