Karolína Reaches Second Week at Wimbledon for the First Time 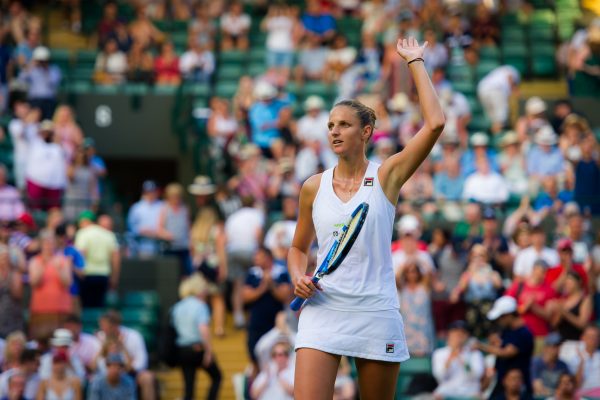 Karolína Plíšková is the only Czech to play in the round of sixteen at this year’s Wimbledon. The twenty-six-year-old player had to come from behind in the match against Buzarnescu. She was already two points from elimination but she made it. In the round of sixteen she will face Kiki Bertens.

Plíšková didn’t start the match well and half-way through the second set she was down 3-6, 1-4 and 0-30. But she managed to cope admirably well with the tough situations. “It was really on the edge. It’s a pity I lost my serve in the second set. It wouldn’t have to be that critical. A set down, 1-4 and 0-30 on my serve – well, that was too bad… She played very well, but everything depended on my game. I didn’t expect her to go for it that much. She was playing superb tennis for a set and a half. Then I improved, started going for it too and she made a few mistakes. I don’t turn such matches around often,” Plíšková said with a relief after the match.

Karolína fought like a lion, won the second set in a tie-break and confirmed her role of a favorite in the decider. “The third set result looked easy, but it doesn’t really reflect how tough it was. I had to fight really hard for the victory,” commented Plíšková, who now has two days off. “I’ll go for a walk into the city on Saturday. It’s going to be a free day without tennis. We’re going to watch the football World Cup with the guys,” the Ace Queen explained what she’s looking forward to.

But on Monday she’ll be fighting at the All England Club again. She will play for a spot in the quarterfinals against the No. 20 seed Kiki Bertens, who overcame the last year’s finalist, No. 9 seed Venus Williams, in the third round 6-2, 6-7(5), 8-6.