No Boredom for Plíšková: Wedding, Camp for Children and Preparation for Hard Courts 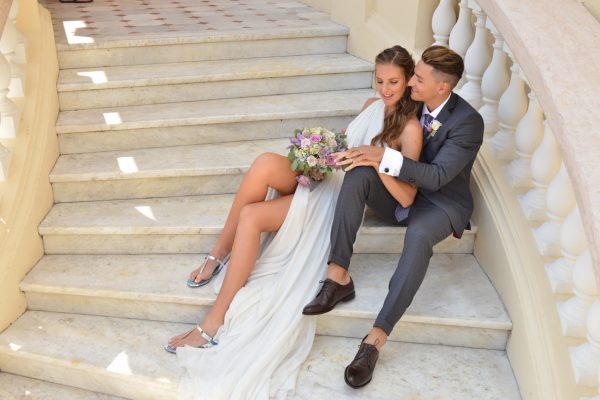 Karolína Plíšková has a very busy schedule after Wimbledon. Last Thursday she got married in Monaco with her manager and TV presenter Michal Hrdlička. And since Monday she’s already been working hard under the supervision of her coaches Krupa and Všetíček before the forthcoming tournaments in the U.S. And on top of all that she also organizes a tennis camp for children.

Plíšková got married with Hrdlička on 19th July in a beautiful setting of the Monte Carlo town hall. Only family members and closest friends took part in the nuptials. The wedding reception then took place in a Michelin-starred restaurant The Blue Bay. “We’ve really enjoyed the wedding day. It was beautiful and calm at the same time. Nothing hectic, no stress,” said Karolína Plíšková, who also accepted her husband’s last name. But there’s no change for tennis fans – the current world number nine’s name remains the same.

Already next week Plíšková will travel across the Pond. She’s going to play her first tournament as a married lady in Montreal, Canada. “Since Monday I’ve been practicing in the Czech Republic and the body’s working hard. The first days after a longer time off are always the worst, but it’s getting better. I’ll travel to Montreal with my mental coach Marian Jelínek and my husband Michal,” the ace queen revealed.

Moreover, from Thursday to Sunday she will spend some time of her busy schedule with children at a tennis camp, which she holds in Motol, Prague. “The interest in our camp was very big; the capacity of 40 kids was quickly filled. We have seven professional coaches and I will be with the kids every day as well. Plus we prepare group discussions with famous personalities as well as interesting prizes and gifts. I’m really looking forward to it,” concluded the popular Czech player.