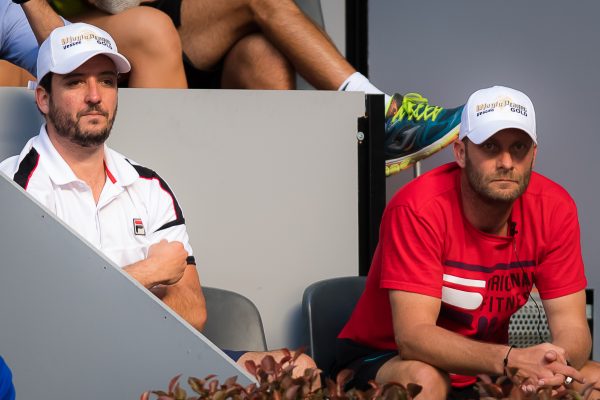 Karolína Plíšková ended her cooperation with the coach Tomáš Krupa, which started in November last year. The current WTA world number eight will play in the U.S. under the Australian Rennae Stubbs, with whom she already cooperated at the last year’s WTA Finals in Singapore.

Plíšková decided to go for a change in her coaching staff following her loss against Kiki Bertens in Montreal. “Both Tomas and I did our best for success,” said Plíšková. “But the results and feelings were not as good as I expect from myself. It’s not about someone’s fault – I bear the biggest responsibility for my results and I have decided to go for a change. Tomáš is a superb guy and an excellent coach, but things like that just happen.”

“Of course the expectations and goals from this connection of an elite player and an elite coach were the highest possible. What definitely decided was the early elimination from the Montreal tournament and generally worse Karolína’s feeling. Therefore she decided to go for a new stimulus,” explained the player’s manager Michal Hrdlička.

Plíšková definitely doesn’t have a bad season this year – she advanced to the quarterfinals at the Australian Open, triumphed in Stuttgart and played in the semifinals in Madrid after eliminating the world number one Simona Halep. She also helped the Czech team reach the Fed Cup final. In the WTA Race to Singapore rankings based solely on this year’s results she is on the ninth position.

“Of course I’m sorry that the road I believed in ends. I did my best for success,” said Tomáš Krupa. “Although I don’t think we’ve had a bad season after all, our goals were higher of course. I have no choice but respect Karolína’s decision. There’s definitely nothing personal in this from neither side and I’ll be happy to see Karolína and the guys anytime again.”

Plíšková will enter the Cincinnati tournament, where she triumphed two years ago, tomorrow already. Agnieszka Radwańska is going to be her first opponent.