Team Pliskova is Back! The Twins to Play Doubles after Five Months 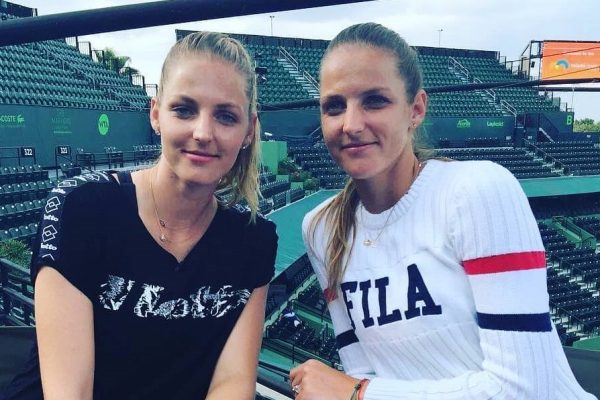 The Connecticut Open in New Haven will see a WTA Tour comeback of the Team Pliskova doubles pair. Last time Karolína and Kristýna played doubles together in March this year at Indian Wells.

Karolína and Kristýna Plíšková used to play doubles tournaments regularly until 2014, winning three events along the way. The first triumph came in Linz in 2013 and the other two a year later in Bad Gastein and Hong Kong.

Another opportunity to join forces comes at this year’s tournament in New Haven. Karolína was awarded a wildcard for the singles tournament and Kristýna tried to qualify for the main event from the qualification. And despite losing against Aliaksandra Sasnovich of Belarus, she remains in New Have to play the doubles.

“It’s nice Karolína and I can play together again. I’m sure we’re going to enjoy it,” says Kristýna, who is younger by two minutes than her twin sister.

There was a tough opponent waiting for „Team Pliskova“, as the pair is known among the fans all over the world. Karolína and Kristýna were to face Timea Bacsinszky of Switzerland and the home player Coco Vandeweghe. But they withdrew from the tournament at the last moment and were replaced by the Belgians Kirsten Flipkens and Alison Van Uytvanck.