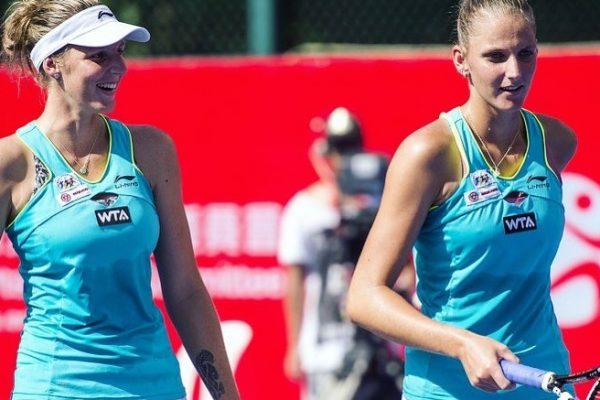 The comeback of the doubles pair Team Pliskova went well. Karolína and Kristýna managed to win their first match after a five-month break. In New Haven, the Czech twins defeated Kirsten Flipkens and Alison Van Uytvanck of Belgium in the third-set super tie-break.

The match was tough for the Plíšková sisters mainly due to the fact that it started only 40 minutes after Karolína’s unsuccessful singles match against Ekaterina Makarova.

The first set had an up-and-down ending, in which each of the players lost her serve before the Belgians succeeded in the tie-break. But Karolína and Kristýna didn’t give up, grabbed the first set 6-4 and won also the third-set super tie-break 10-6.

In the quarterfinals the Czech twins will face Nadiia Kichenok of Ukraine with the Australian Anastasia Rodionova.