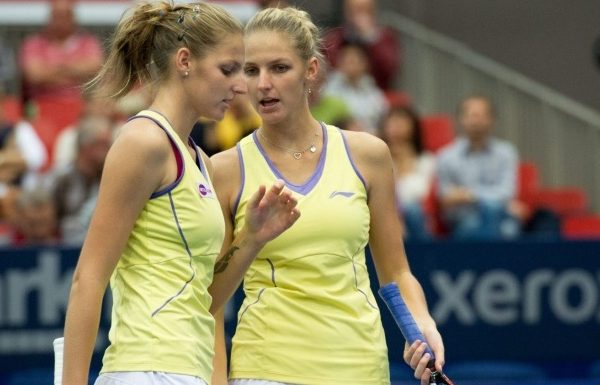 Karolína and Kristýna Plíšková have advanced among the best four doubles pairs in New Haven after beating Nadiia Kichenok of Ukraine and Anastasia Rodionova of Australia 6-4, 5-7, 10-5 in the quarterfinals.

Just like in their first match after their doubles comeback the Czech twins had fight in three sets. In the opening set they turned the score around following a lost serve from 2-3 to 6-4, but their opponents tied the match at 1-1 after being better late in the second set.

The third-set super tie-break turned out well for Karolína and Kristýna, mainly thanks to their great serve that didn’t let the Ukrainian-Australian couple into play at all.