Karolína Battles Past Diyas to the U.S. Open Second Round 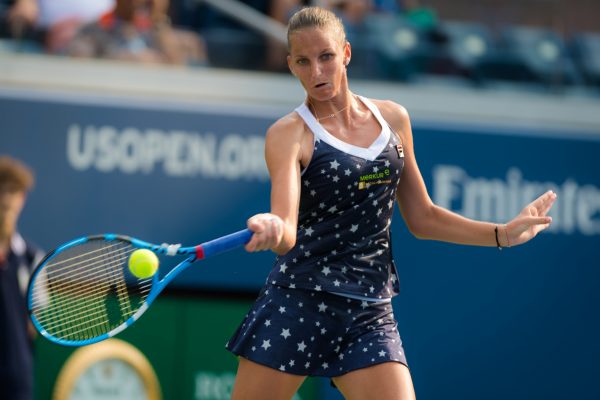 Karolína Plíšková started the U.S. Open Grand Slam with a win. She won her first round match against Zarina Diyas of Kazakhstan in straight sets, but after a dramatic battle, 6-4, 7-6.

The match started perfectly for Karolína, who broke her opponent’s serve in the very first game already. But she was caught unawares too and was broken back in the fourth game. What followed was a quick reaction, yet another break and a 6-4 win in the first set.

The second set was going off very well for Karolína too and with the score at 4-2 it seemed like she would comfortably advance to the second round. However, Diyas took advantage of Karolína’s short crisis, turned the score to 4-5 and had four set points during her next serve.

But Karolína managed to save them all and broke her opponent’s serve. And despite losing her serve one more time, she managed to win the second set in a tie-break.

“I really wanted to win the match in the second set already, not to play the third one,” Karolína admitted following the 97-minute battle. “I like the conditions here. The courts are fast, which suits my tennis. This is also why I’m confident here,” she added.

The match against Zarina Diyas was also a debut for her coach, Conchita Martínez, who stands in for the Australian Rennae Stubbs. “I’m glad I have two legends around me. Perhaps I need a bit of that Spanish drill and that’s what Conchita brings,” Karolína Plíšková concluded.

In the U.S. Open second round she will Ana Bogdan of Romania.