Karolína Beats Bogdan in 66 Minutes to Reach 3rd Round 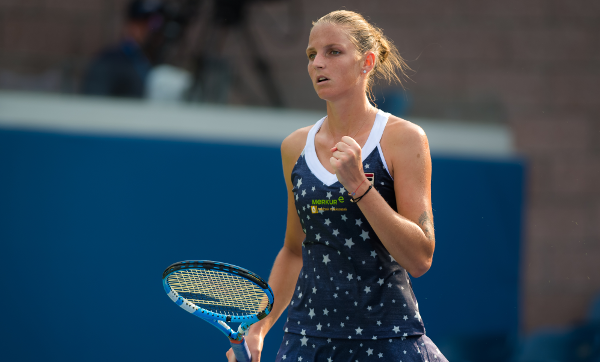 Karolína Plíšková has advanced to the 3rd round at the U.S. Open after defeating Ana Bogdan of Romania. Apart from a small crisis early in the second set Karolína clearly dominated her second match at the tournament, allowing only five games to her opponent.

Karolína easily controlled the first set, mainly thanks to her first serve. Bogdan couldn’t find an effective response to it and won just one single point out of eighteen attempts while on return. That’s also why Karolína, who played aggressive and confident tennis, finished the opening set after 32 minutes on her first set point.

At the beginning of the second set, Bogdan took advantage of Karolína’s short crisis and quickly went into a 3-0 lead. But then Karolína’s first serve started working again and helped her turn the score around completely. She won six games in a row to make it 6-3 and deservedly secured her spot in the round of 32.

In her third match at the tournament, Karolína will face the home player Sofia Kenin, who overcame Maria Sakkari of Greece in three sets in the second round.