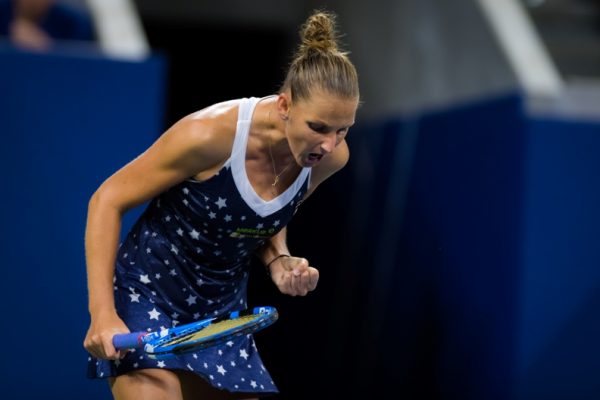 Karolína Plíšková has reached the U.S. Open quarterfinals for the third time in her career. She has secured her spot among the best eight players of the tournament after beating Ashleigh Barty of Australia 6-4, 6-4.

Karolína had an impressive start into the match against Barty, converting her first break point and breaking her opponent’s serve in the very first game. She then managed to keep her lead during the remainder of the first set. In the eighth game she managed to hold her serve despite being down 0-40 and didn’t give another chance to the Australian in the opening set.

The second set started unfolding very well for Karolína too, despite the fact that she had to face five break points. But thanks to her constantly improving serve and confident tennis she saved them all and took advantage of Barty’s weaker moment in the third game.

Karolína then managed to hold the lead and led the match to victory thanks to her strong serve. “I feel relieved. I’m glad for the converted match point,” she admitted immediately after the match on the court. “It might seem that I’ve won easily but every single game was tough. Ashleigh had many break points, but I played well at the important moments,“ she added.

Karolína tied her head-to-head record with Ashleigh Barty at 2-2 and for the third consecutive time secured her spot among the best eight players of the tournament. In the quarterfinals she is going to face the home star Serena Williams, who defeated Kaia Kanepi of Estonia in a three-set battle.