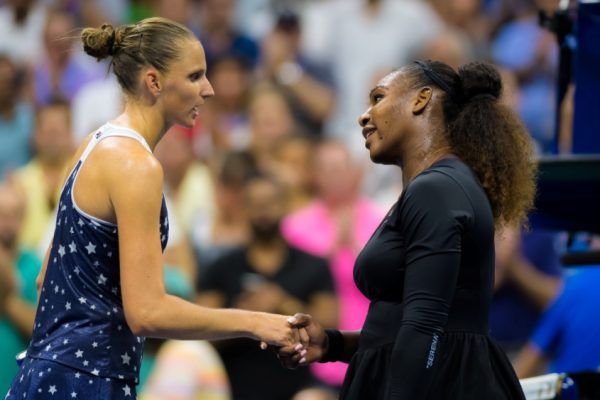 Karolína Plíšková’s U.S. Open campaign ends in the quarterfinals this year. Her last match was the battle against Serena Williams, which she lost in straight sets 4-6, 3-6.

Karolína started the match well, broke the home star’s serve soon and had three more break points at 3-1. But Serena managed to overcome the crisis, held her serve and turned the score around late in the first set. “That was the turning point,” Karolína admitted. Instead of an early 4-1 lead, her opponent gained confidence and won the set 6-4.

The lost first set influenced Karolína’s start into the second. Serena won four games in a row and built a decisive lead. The Czech then wasted three more break-point chances at 2-5 and in the end lost the entire match after a one-and-a-half-hour battle.

“I played better in the second set, but Serena was already strong on serve. I think she managed to hit the first serve on almost all my break points. She played better at the important moments,” said Karolína.

Just like last year, Karolína’s U.S. Open campaign ends among the best eight players. “Of course I’m disappointed. I could’ve played much better. But a Grand Slam quarterfinal is always a good result. I didn’t lose to a bad player; Serena is still one of the best.”