Karolína after U.S. Open: I’ll Play in Fed Cup and Want to Qualify for WTA Finals 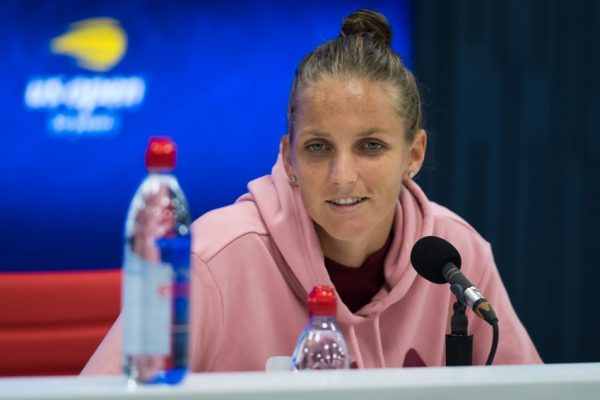 Karolína Plíšková played her third consecutive U.S. Open Grand Slam quarterfinal and despite being eliminated by Serena Williams she was leaving New York with good feelings as far as her performances are concerned.

“It’s not a win but I’m glad I returned to the level that I would like remain on,” she said after her elimination to Czech journalists. “Match after match my performance was improving and my appetite for tennis was back again too,” she added.

But the tennis year doesn’t end with the season’s last Grand Slam and the Asian tour starts after a short break. And if Karolína’s results are good enough, her start at the WTA Finals cannot be excluded either. “It’s a motivation, as always. If it worked out, it would be the third time I would qualify for the WTA Finals. But I don’t want to tie myself down by this too much. There is a chance and I have everything in my hands,” said the U.S. Open quarterfinalist.

After the American tour, Karolína’s team will most probably change again. The Spanish legend Conchita Martínez acted as her coach in New York. “But Rennae Stubbs will probably travel with me to Asia. And as regards next year we have yet to discuss it,” she added.

But before that, Czech fans should see Karolína in action at the O2 arena. “I would like to play in the Fed Cup final in Prague,” said Karolína Plíšková.