Into the Semifinals in Tokyo despite Facing Two Match Points! 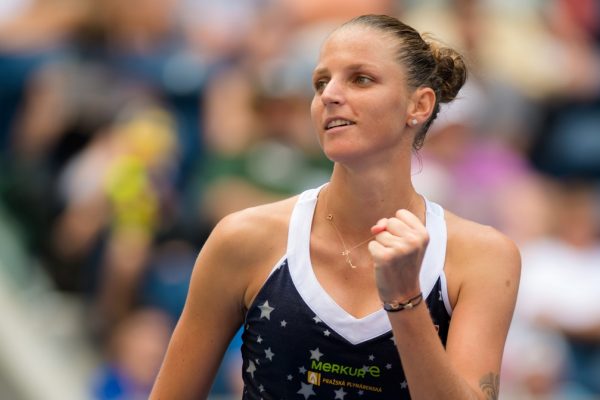 Tokyo. She has secured a spot among the top four players in a dramatic battle against Alison Riske of the United States, in which she had to save two match points.

The opening set suggested a smooth cruise to the semifinal. Despite losing her first serve, Karolína won the first set clearly 6-1 in 30 minutes. But in the second set Riske gained confidence and in the eighth game she broke Karolína’s serve for the second time in the match and went into a small lead.

But the response came shortly afterwards, with Karolína quickly tying the score. But in the end she lost the tie-break, despite saving two set points.

The third set showed a great drama. Karolína turned the score around from 2-4 to 5-4, but then lost her serve again and had to face the score 5-6. But in critical moments she showed great confidence and fended off two match points. “I felt I could have a chance if I hit two good returns, and it really worked twice,” she commented on the critical moment of the match.

Karolína then managed to win the third-set tie break too, by 7-4. “I was lucky several times, but that’s tennis, so I’m happy to be in the semifinals here,” she added.

In the semis she will face Donna Vekić of Croatia, who defeated Caroline Garcia of France. “I love the Tokyo atmosphere as well as the entire Japan, but I never played my best tennis at the old arena. I’m lucky that the tournament was moved to this stadium – I feel way better here. The support from the fans is amazing here and I’ve been enjoying every single match. I hope I will make it all the way to the final,” said Karolína Plíšková.