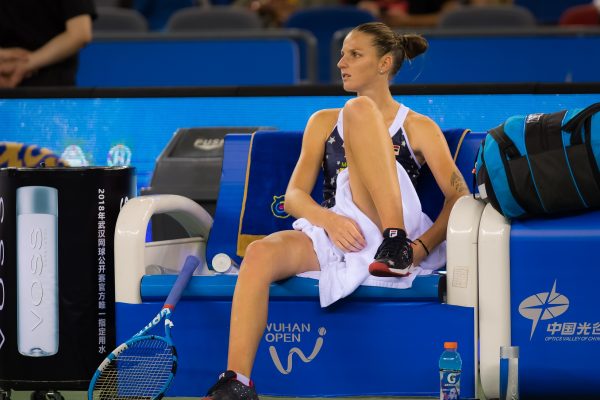 The tournament in Wuhan, China ended for Karolína after the first match. In the second round she was defeated in a three-set battle by the local hope Qiang Wang 1-6, 6-3, 3-6.

Karolína showed signs of fatigue from her busy program in the past few days. After winning the final in Tokyo she had to quickly fly from Japan to China. Following a four-hour flight she had only one single day for regeneration and this probably had an impact during the match.

In the opening set Karolína was struggling to find the rhythm against the well-playing Qiang Wang, who gained confidence after winning the tournament in Guangzhou, and lost it 1-6.

In the second set Karolína finally started serving better and tied the score. But the third set was again controlled by the current Chinese number one, who now stands on the 34th place in the WTA World Ranking.

“If I were a bit more fit, had more energy and perhaps played one more match here, it would definitely be possible to win this match,” Karolína said after the match in an interview for Czech journalists.

Now she is going to travel to Beijing for another Chinese tournament, where she reached the third round last year.