Karolína: I’ve Never Stayed in Beijing until the End, Hopefully This Year 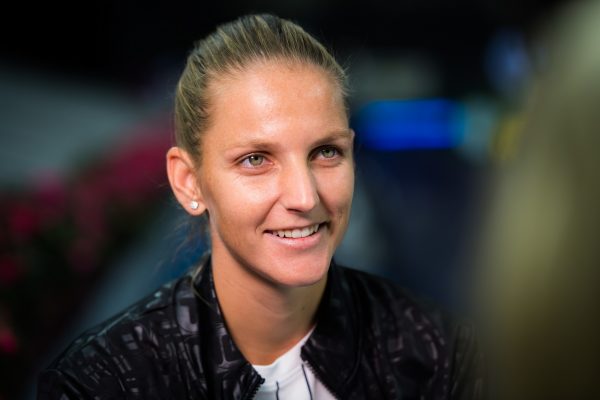 Karolína has already moved in China from Wuhan to Beijing, 1,000 kilometers to the north. Although qualification is still underway in the Chinese capital, the organizers have already made the draw for the main event.

Karolína, seeded as number 7, will face the Australian Samantha Stosur, who was awarded a wildcard for the China Open, in the first round. Their only head-to-head encounter so far ended with Karolína’s 6-4, 6-4 win four years ago, ironically also in China. But back then the two players met in the first round in Wuhan.

This is going to be Karolína’s sixth start at the China Open in Beijing already, but never has she made it further than the quarterfinals. No wonder she has extra motivation coming into the tournament.

“I would like to show my best here. I’ve never stayed here until the end of the tournament, so I believe I have a chance this time,” she said after the draw was made.

The China Open is a Premier Mandatory tournament and with the prize money of 8,285 million dollars it is one of the richest WTA Tour events.

“I just want to do my best here. I’ve never stayed until the end of the tournament, so I hope this time I have a chance,” @KaPliskova on her #ChinaOpen motivation pic.twitter.com/4zApHu6J0d