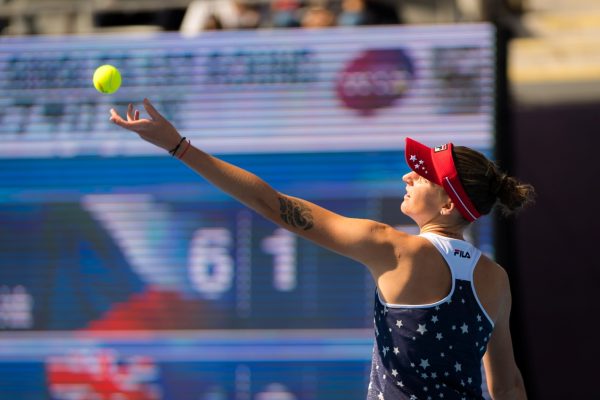 Karolína has entered the Beijing tournament successfully beating the Australian Samantha Stosur in the first round in straight sets 6-4, 6-4.

But the match with one of the most experienced players on Tour didn’t start well. The Australian capitalized on a break-point chance in the second game and went into an early lead. But then Karolína found her rhythm and impressively turned the entire match around. From 1-4 she made it 6-4, grabbed the opening set and continued in Stosur’s demolition in the second set as well.

Karolína won 9 consecutive games and went into a decisive lead. Although Stosur managed to close the gap to 5-4, it was the No. 7 seed who controlled the last game and finished the match with a love game.

In the second round, Karolína will face Aliaksandra Sasnovich of Belarus who sailed past the Romanian Mihaela Buzărnescu 6-3, 6-1.