Great Start Helps Reach Third Consecutive Round of 16 in Beijing! 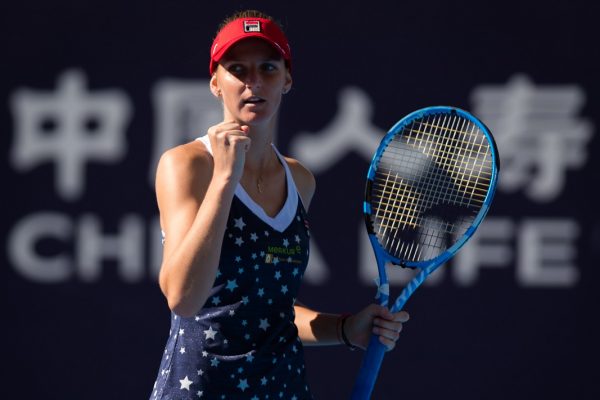 Just like in the two previous years, Karolína managed to reach the round of sixteen at the China Open. On Wednesday she posted a secure 6-3, 6-4 win against Aliaksandra Sasnovich of Belarus.

The match against Sasnovich looked one-sided from the very first minutes. Karolína quickly went into a 5-0 lead and despite her opponent fought back to reduce the gap to 5-3, it was only a matter of time when the opening set was going to finish. Although Karolína converted only her fifth set-point, she dominated on the court.

Early in the second set the Belarusian continued in her improved performance and quickly gained a break. But then Karolína came with another strong answer, turned the score around to 4-2 and comfortably served the match out.

In the third round Karolína will face the local hope Qiang Wang, with whom she lost in three sets last week in Wuhan. The Chinese player entered the Beijing event with an impressive 6-0, 6-0 win against Jelena Ostapenko.