Karolína Again Ends in Round of Sixteen at China Open 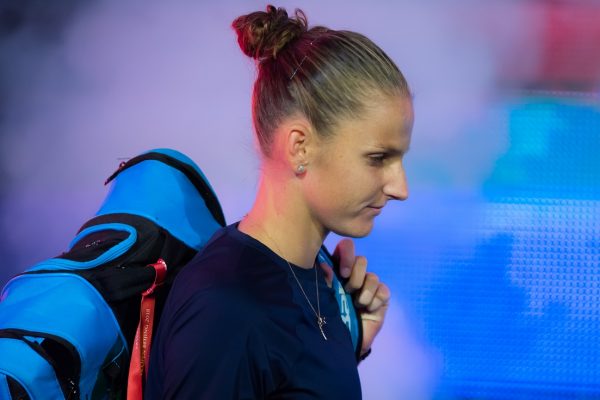 This year’s China Open campaign ends for Karolína in the round of sixteen again after losing against the home player Qiang Wang 4-6, 4-6 after almost two hours.

Karolína met the Chinese player for the second time in two weeks and just like in Wuhan she had to accept a loss. This means she was eliminated from the China Open in the third round for the third consecutive year.

The first set was in fact decided by the third game already, in which Qiang Wang converted her third break point after a big drama and built a small lead. In the remainder of the set both players managed to hold their serves, so the Chinese player won 6-4.

Karolína started the second set perfectly by breaking her opponent’s first serve and after saving two break points on her own serve she went into a 3-0 lead, making it 4-1 soon. But then came the home player’s big moments. Wang turned the score around and won the match after winning five games in a row.