Battle for Singapore Continues, Karolína to Play at Tianjin Open 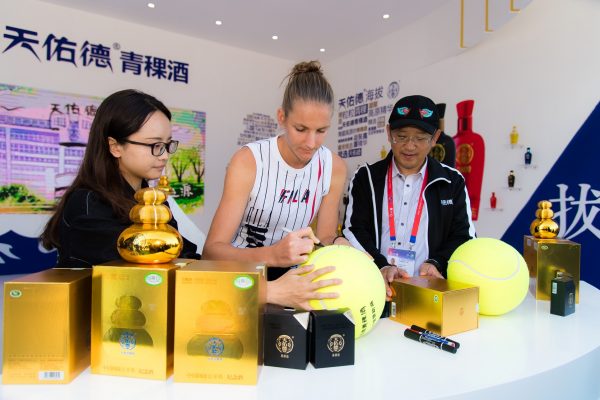 After Karolína ended in the round of sixteen in Beijing, her Asia tour is going to continue with another tournament in China. Along with her team she moved about 100 kilometers to the southeast where the Tianjin Open is scheduled to start on Monday.

Karolína is still in contention for the WTA Finals, which is going to take place in Singapore in late October for the fifth consecutive time already. However, in order to qualify for the event she must finish on the eighth or higher position in the Race to Singapore ranking.

“We’re now moving to Tianjin where Karolína was awarded a wild card. Then she plans on playing in Moscow,” said the manager Michal Hrdlička.

Apart from Karolína, the only top ten player registered for the Tianjin Open so far is Caroline Garcia. But Karolína can also face the world No. 15, Elise Mertens, who is also in contention for Singapore.