Karolína Battles Past Lepchenko into the Second Round 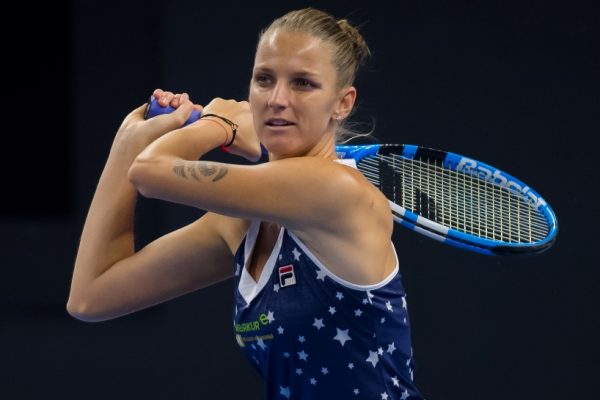 Karolína started the Tianjin Open with a win, beating the American Varvara Lepchenko in three sets 6-2, 6-7, 6-3.

Playing at her third tournament in China in a row, Karolína is seeded as number one and she was a favorite against the world No. 161. But the opening match of the tournament was slightly affected by a delay – the match against Lepchenko started more than 2 hours later than scheduled and in the end it lasted over 2.5 hours.

Karolína was the better player early in the match. She served well, converted three of her breakpoints and won the first set in 40 minutes.

In the second set, Lepchenko improved her first serve, posting an impressive first serve percentage of 79%. This also helped her keep the pace with Karolína and win the tie-break in the end too.

The decider was again controlled by Karolína, who built a 5-2 lead and despite wasting two match-points on her serve, she ended the match on Lepchenko’s serve.

In the second round, Karolína is going to face Polona Hercog od Slovenia.