Karolína Powers into Quarters, Loses Only Three Games to Hercog 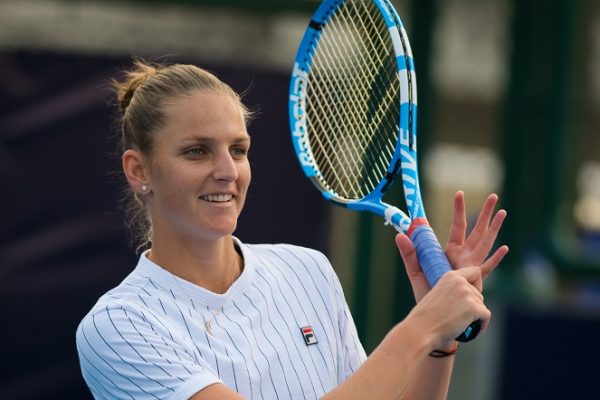 A clear win, easy advancement and saved energy. Karolína routed Polona Hercog in the second round of Tianjin Open 6-1, 6-2.

The match against the Slovene was clearly controlled by Karolína, who dominated mainly thanks to her first serve, with the first-serve percentage surpassing 80 per cent for the match.

In the entire first set, Hercog won only a total of eight points, including just two when Karolína was on serve. That’s why the opener lasted only 20 minutes. Karolína kept her form for the second set as well and although Hercog resisted a bit more after all, the match was over in less than an hour.

Karolína recorded her fourth win out of five head-to-head encounters with Hercog, with the most recent one being the easiest.

In the quarterfinals, Karolína will face the better of the Czech-British battle between Barbora Krejčíková and Katie Boulter.