Karolína Turns Match Around to Reach Semis in Tianjin 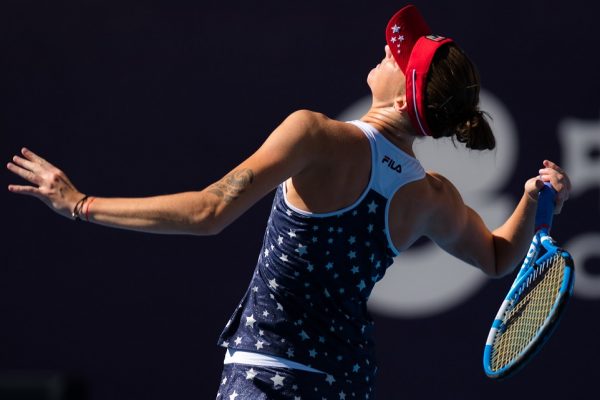 Karolína is already in the Tianjin Open semifinals after beating Katie Boulter of Great Britain. However, she had a hard time advancing and had to turn the score around. She also managed to bagel her opponent in the second set.

Unlike her match against Polona Hercog, the encounter with the world No. 101 was a tough battle. Karolína lost the opener in the last three games. Despite serving for the set, she lost it 5-7.

The second set, on the contrary, was one-sided, although Karolína’s first-serve percentage dropped below 60 per cent. But she was returning perfectly and Boulter didn’t manage to win a single game.

The decider didn’t start well for Karolína and the British player converted the first break point. But then Karolína switched to a higher gear and turned the score around from 0-2 to 6-3 with her accurate and focused performance.

In the semifinal, Karolína will face Timea Bacsinszky of Switzerland, with whom she has a 3-2 head-to-head record, winning the last three matches.

Good news then also came from the Linz tournament, where Kiki Bertens, who fights with Karolína for a spot at the WTA Finals in Singapore, was eliminated in the second round.