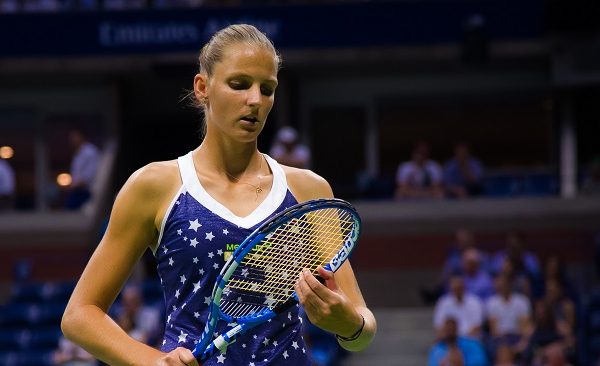 Karolína’s battle for this year’s third and career’s twelfth title was unsuccessful. In the Tianjin Open final she was defeated by Caroline Garcia of France 6-7, 3-6.

The match between the two highest seeded players was long pretty tight with both players dominant on their serve in the first set. In the fifth game Karolína even managed to save three break points and hold her serve despite being 0-40 down. The set went into a tie break, in which Karolína built a 5-1 lead and had a set point at 6-5. But then she lost her serve twice and Garcia won the tie break 9-7 after a dramatic ending.

The French player, encouraged by the turn in the score, kept holding her serve in the second set and at 0-2 she saved three break points in what was perhaps the key game of the match. Then she increased her lead to 0-5 and created a decisive margin. Although Karolína fought back to reduce the gap to 3-5, Garcia served the match out in the next game.

Karolína can regret the final loss because a win would have secured her a spot at the WTA Finals. The battle for one of the last tickets to Singapore will continue at the next tournament in Moscow.