Tough Loss Against Zvonareva, Start at WTA Finals in Jeopardy 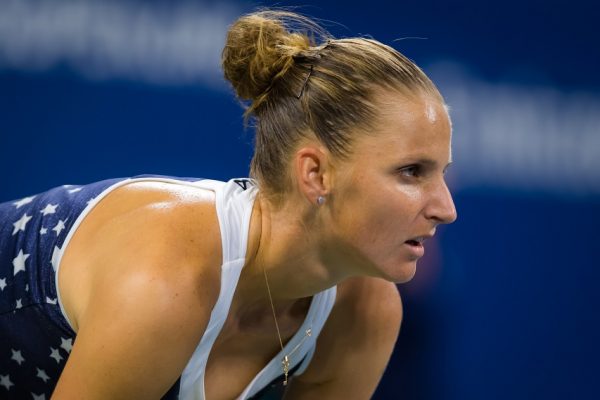 Karolína’s battle for the WTA Finals has become more complicated. Following her performance in Moscow, qualification to Singapore is no longer in her hands. Her match against the experienced Vera Zvonareva didn’t turn out well and she lost 1-6, 2-6.

Karolína had a bye in the first round and in the second she faced an opponent who was already in her match rhythm, was supported by the local fans and played really exceptional and aggressive tennis. Although Vera Zvonareva had a tough first game, in which she had to fend off three break points, she overcame this little crisis and set out vigorously towards the triumph. The home player built a 4-0 lead and broke all Karolína’s serves in the opening set before winning it clearly 6-1.

In the second set, Karolína improved her serve accuracy, but the energized Zvonareva managed to control the match, despite two on-court medical treatments. The Russian player was active on the court, her biggest strength being volleys from net approaches that sped up the game and helped her win critical points. That’s also why she broked two more Karolína’s serves. Karolína resisted hard in the last game, saving three match points in the process, but lost in the end after 1 hour and 13 minutes.

“Unfortunately I didn’t play a good match and Vera played really well on her home soil. Now I don’t have the advancement to Singapore in my own hands,” Karolína regretted.

The result means that the Ukrainian Elina Svitolina has definitely secured her spot at the WTA finals. The last, eighth spot at the season-ending tournament is still free and will be taken by either Karolína, or by Kiki Bertens of the Netherlands, who will face Aliaksandra Sasnovich of Belarus in the second round in Moscow.