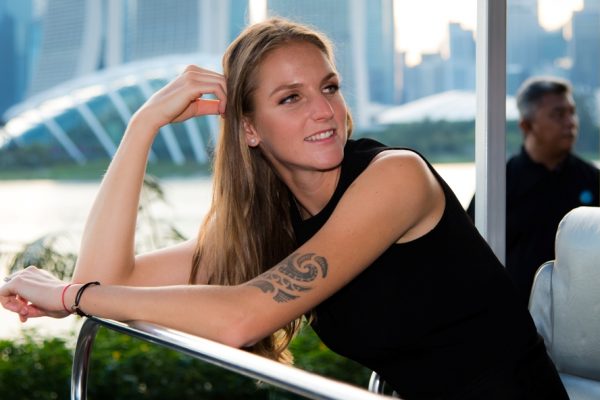 The WTA Finals draw has been made and Karolína will fight for a place in the semifinals in the White group along with Caroline Wozniacki, Petra Kvitová, and Elina Svitolina. The draw ceremony took place in Singapore on Friday.

It is also clear that Karolína will play her opening match on Sunday against the last year’s defending champion, Caroline Wozniacki. “I know all the opponents, I’ve played against all of the already. Of course, I start against Caroline who triumphed here this year, so it’s going to be tough,” Karolína told the media after the draw.

Singapore will also see a battle between two Czech players. “It’s going to be difficult against Petra too. I’ve never beaten her. Hopefully I’ll play as well as possible,” added the currently best placed Czech player in the WTA rankings.

Karolína only has a positive head-to-head record with Elina Svitolina, whom she has beaten five times out of seven matches. However, the Ukrainian won the last two encounters.