Bagel in First, Then Turn in Score. Stephens Stops Karolína before Final 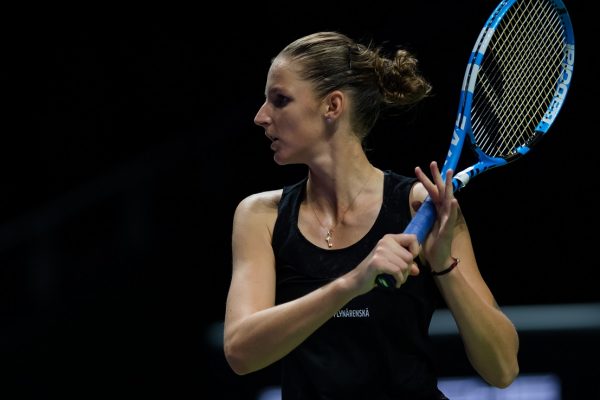 Karolína Plíšková again didn’t reach the final of the WTA Finals. Despite starting the match against Sloane Stephens with a 6-0 win in the opening set, the American turned the score around to win the match in three sets.

Karolína had a perfect start into the match, whereas Stephens didn’t play well at all. That’s also why Karolína grabbed a first-set bagel and went one break up in the second, leading 2-0 and 40-15. It seemed like the match would be quickly over.

But then Sloane Stephens managed to get control of the game, which boosted her confidence and helped her gradually find her rhythm. Karolína, on the other hand, started struggling with her serve and her first serve percentage dropped to 42 %. This is also why the American won the second set 6-4. “It was quite clear that it wouldn’t go that smooth throughout the entire match. She’s too good for this and doesn’t make mistakes. Unfortunately, I ran out of energy halfway through the second set,” Karolína commented after the match.

And since Stephens virtually stopped making any mistakes and manage to return almost impossible balls, she gained mental advantage and led the match to victory in the third set. “It’s a big pity, the match developed very well for me. But I don’t want to evaluate this tournament negatively. This is how I would like to play in the future,” Karolína reminded her good performances throughout the WTA Finals.

Karolína played in the WTA Finals semis in 2016 as well, losing to Caroline Wozniacki in straight sets. This year’s attempt to reach the final of the season’s last event was much more promising.

Sad to lose, but blessed to have the chance to compete here once again ⭐✨ #singapore pic.twitter.com/ZZN30hiJ09