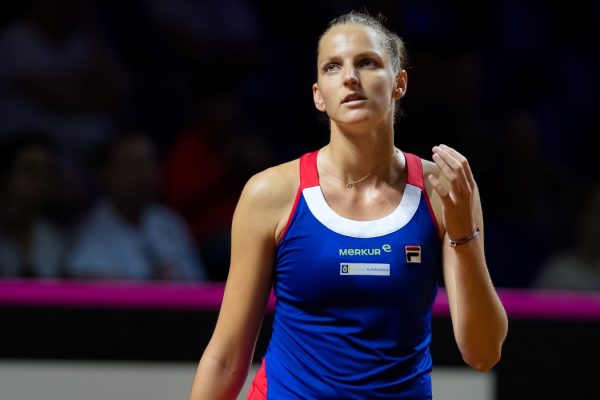 Karolína will represent the Czech Republic in the Fed Cup final against the United States. The team captain Petr Pála nominated her among the four players who will fight for the sixth triumph in the past decade. Karolína can win the most prestigious team competition for the third time already.

Karolína has already won the Fed Cup with her teammates in 2015 and 2016. This year she has a chance to complete a hat-trick. “I’d like to play in the Fed Cup final in Prague,” she said in September already during her American tour.

And since she had a successful end of the season and reached the semis at the WTA Finals, Petr Pála nominated her again into the team. “Representing the Czech Republic is an honour to me and I’m very grateful to this competition,” said Karolína.

The 2018 Fed Cup final will take place at the O2 Arena in Prague on 10th and 11th November and the Czech fans will have an opportunity to see Karolína with their own eyes again after some time.