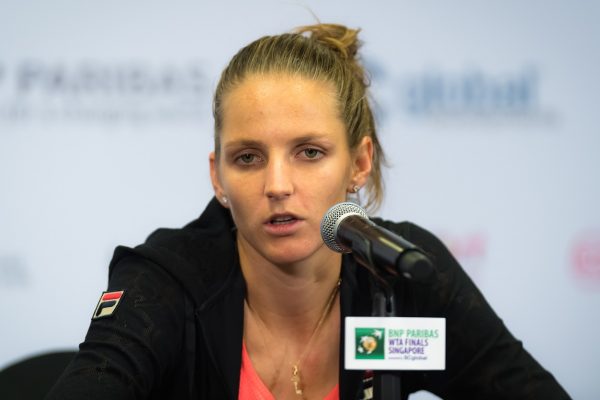 Karolína will miss this year’s Fed CUp final in the end. Despite being nominated by the captain Petr Pála among the four Czech players for the clash against the United States, the WTA world number eight had to pull out of the team due to a ruptured calf muscle and wrist problems.

“It was a huge shock for me, even though I knew something wasn’t OK. Already in Singapore there were days when I felt pain even when simply walking and I felt terrible. But as the end of the season is approaching, everybody has some aches and pains, so I didn’t attach much weight to it. I was looking forward to the final very much, but after the examination by Prof. Kolar my start is not possible,” explained Karolína.

“I’m really sorry about that. Our team is strong enough and the girls will be able to replace me. I’ll keep my fingers crossed for them!” the two-time Fed Cup champion sends a message to her teammates.