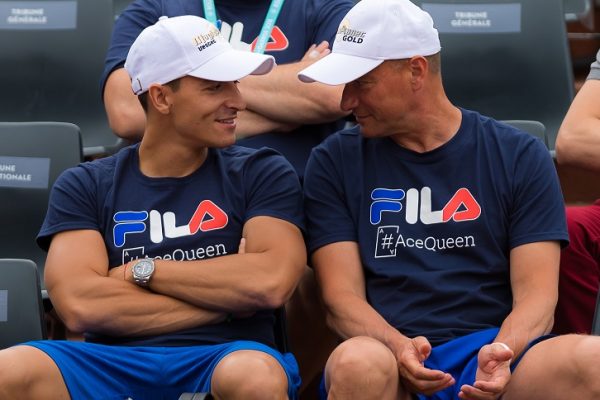 After almost nine months the cooperation between Karolína Plíšková and the fitness coach Marek Všetíček is over. He joined the team this March before the American tour. A new specialist coach will work with the Czech tennis player in the new season.

“In cooperation with the foreign tennis coaches Rennae Stubbs and Conchita Martínez it has been decided that Karolína will follow a different direction,” explained Karolína’s manager Michal Hrdlička adding that the new fitness coach will be announced at the start of the preparation for the new season.

“I’d like to thank Marek for almost a year of cooperation and I wish him all the best in his future career,” said Karolína, who left for vacation on Monday, where she will continue in the treatment of her injuries.

Marek Všetíček is now going to work with Tomáš Berdych, who is preparing for a comeback following his injury: “It’s been a nice experience with Kája. I firmly believe that she’ll keep being successful. I have another working challenge ahead of me.”

Karolína Plíšková’s coaching team now comprises three foreigners. The Australian Rennae Stubbs and Spaniard Conchita Martínez, the Wimbledon winner from 1994, are responsible for the tennis aspect of her training. The Spaniard Martín Salvador is Karolína’s physiotherapist.