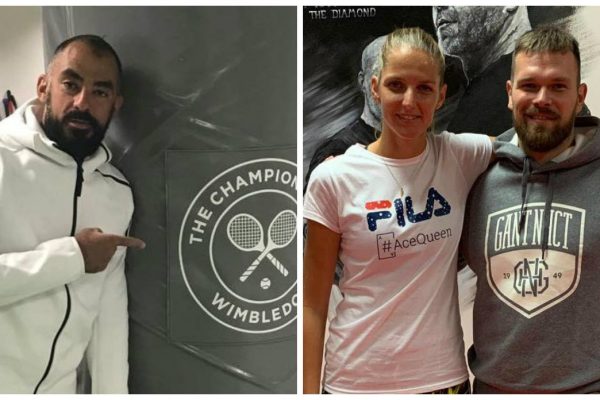 The preparation for the new season has started. Following her return from vacation, Karolína began preparing under the supervision of the fitness coach Michal Břetenář. During the season the role of a fitness coach will be then taken over by the Croatian specialist Azuz Simčić.

Michal Břetenář is a new name in Karolína Plíšková’s team. His services are often used by top Czech ice-hockey players from the NHL. “We have only positive references about Michal. Besides having a very good reputation in the ice-hockey environment, he has also perfectly prepared the AS Roma soccer forward Patrik Schick in summer for the season. Karolína works with him on breathing, he also uses a breathing training device and trains metabolism,” said the manager Michal Hrdlička on the new cooperation.

“I really value the opportunity to be in Karolína’s team. It’s a big challenge for me. We’ve had first tests and training sessions that showed us her biggest limits. At this moment we work on changing the inefficient stereotypes, increasing the breathing volume and removing disbalances,“ explained Michal Břetenář. 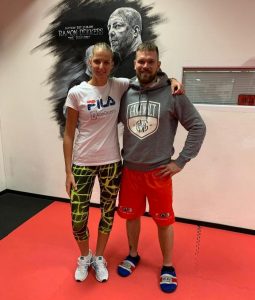 Later during the season, Azuz Simčić, who worked with Tomáš Berdych for four years, will start caring for Karolína’s physical condition. The thirty-six-year-old Rijeka native is a former Croatian bobsledder, who started focusing on fitness training after retiring from professional career. He specializes in movement biomechanics and training psychology. 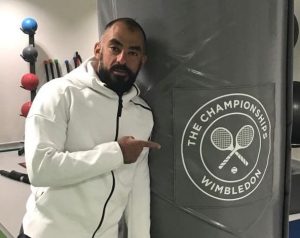 The Australian Rennae Stubbs and Spaniard Conchita Martínez remain the tennis coaches. “In the past few weeks we worked very hard and communicated with Conchita and Rennae on a daily basis. We were selecting from available candidates for the fitness coach position and were looking for the best possible solution. Then we were planning the training schedule and the program for the whole next season,” Hrdlička described the content of the off-season and preparations for the new season.

“We also defined together the direction, in which we would like to proceed now. All the factors fit together and are interconnected – the tennis component, fitness, marketing direction, as well as the activity of the fund,” added Michal Hrdlička.

After the time spent with regeneration, relaxation and rest, from next week Karolína will start preparing for the new season on tennis courts as well. On Monday, 3rd December she flies to Tenerife for a training camp, after which she will return to the Czech Republic. On Wednesday, 19th December she will play in the final of the Czech Extraleague in Říčany.

And just one day after Christmas, on Tuesday, 25th December Karolína will fly to Brisbane, Australia, where she will open the new seasons at the tournament she won in 2017.