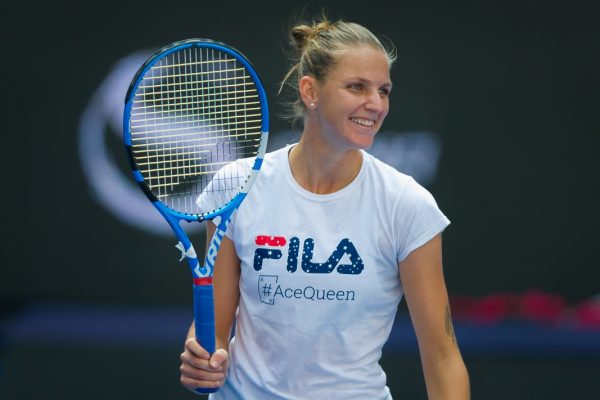 FILA announced today that it has extended its partnership with World No. 8 and global tennis star Karolina Pliskova. FILA’s endorsement of Pliskova began in 2016 and over the last two years, she has won five singles titles, reached the finals of the US Open in 2016, and she rose to the World No. 1 ranking in 2017.

“Karolina has proven year-after-year that she is one of the top female athletes in the world and we couldn’t be more excited to continue our partnership with her,” said Gene Yoon, Global Chairman at FILA. “We look forward to being a part of her continued success for many years to come.”

The 26-year-old Pliskova finished off an impressive 2018 season by reaching the semifinals of the BNP Paribas WTA Finals, her third consecutive appearance in the season-ending event. Pliskova won two singles titles in 2018 at Stuttgart and Tokyo, and reached a third final at the Tianjin Open. She advanced to semifinals at Brisbane and Madrid, and added back-to-back quarterfinal appearances at Indian Wells and Miami. Pliskova also achieved success at Grand Slams in 2018, reaching the quarterfinals at the Australian Open and US Open. She currently holds 16 career WTA titles, 11 of which have come in singles.

“I have really enjoyed my partnership with FILA over the last few years, and am thrilled that they will continue to support me and my career,” said Pliskova. “I appreciate their commitment to delivering the highest performance footwear and apparel that not only looks amazing, but also helps me achieve my best on court.”

FILA has a long and distinguished history in the world of tennis that includes endorsements of ATP World Tour and WTA athletes, tennis tournaments and organizations. FILA is a sponsor of the BNP Paribas Open, the Dell Technologies Tennis Hall of Fame Open, the Rogers Cup and Coupe Rogers, the Western & Southern Open, the Porsche Tennis Grand Prix, the Mercedes Cup, the Argentina Open, the Rio Open, the Brasil Open, the Rakuten Japan Open and the Junior Orange Bowl International Tennis Championship. In addition to event partnerships, FILA is an official supplier to Tennis Canada, the Argentine Tennis Association (AAT) Junior Tennis Champions Center, Van der Meer Tennis, John Newcombe Tennis Ranch, and the Kim Clijsters Academy in Belgium.

The FILA® brand was established over a century ago by the FILA brothers of Biella, Italy. FILA® is now a leading sport and leisure footwear and apparel brand that is distributed worldwide. FILA has achieved world-class recognition in tennis by marketing high design and style content products that are endorsed by professional athletes from around the world.

Visit www.FILA.com to see the full collection of tennis apparel and footwear.