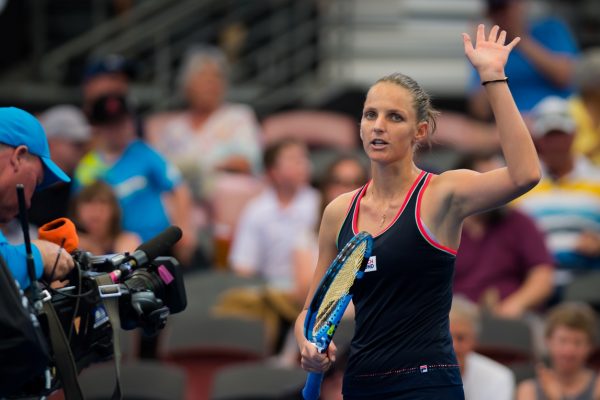 For the sixth consecutive time Karolína won her first match of the season. But this time her match against Putintseva was a tough one. The duel lasted over two hours and Kaorlína had to turn the score around.

Late in the first set she started struggling with her forehand shots and after several inaccuracies she quickly lost her serve three times. As a result, she was trailing 4-6, 1-3.

Then Karolína called her coach Rennae Stubbs on court and the effect came soon. “It was about improving my footwork,” she explained on the court after the match.

Karolína won seven consecutive games and prepared a turn in the score. She managed to hold her serve until the end of the match and with the help of seven aces in the third set she led the match to a successful end.

Karolína defeated Yulia Putintseva also in their third head-to-head encounter and in the battle for the quarterfinals she will face the fellow Czech Marie Bouzková, who overcame the home legend Samantha Stosur in the first round.