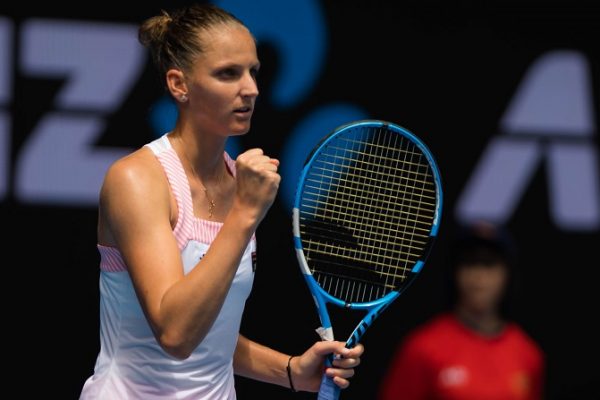 Karolína is through to third round at the Australian Open after beating Madison Brengle in three sets 4-6, 6-1, 6-0. After an unlucky opening set, which the American ended by a dead net shot, came an impressive turn in the score, clear dominance and a bagel ended with an ace.

Karolína didn’t start the match well. Already in the first game she saved the situation by fending off a break point, but then lost her two serves and after the lucky shot in the last rally of the first set the American went into the lead.

But from the second set the trend of the match changed completely. Karolína started playing actively and mainly thanks to her activity she put Brengle under great pressure. Not only with her aggressive serve, but she also approached the net frequently and dominated on the court. In the second set she lost a single game and wasn’t even surprised by a short break due to rain. And in the third set she managed to bagel her opponent.

In the third round Karolína will face the Italian Camila Giorgi, who is seeded as No. 27 in Melbourne and defeated the Slovenian Dalila Jakupović 6-3, 6-0 before beating Iga Swiatek of Poland 6-2, 6-0.