For the Sixth Time against Giorgi, This Time in Night Session at Rod Laver Arena 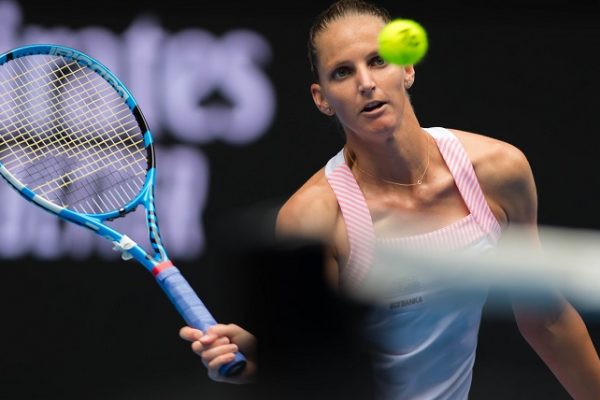 In the third round of the Australian Open Grand Slam Karolína will face Camila Giorgi, who currently sits on the 28th place in the WTA ranking. Karolína has a very good head-to-head record with the Italian, having won four out of five encounters.

But Giorgi is playing in a very form in Melbourne and on her way to the third round she scored two bagels, beating the Slovenian Dalila Jakupović 6-3, 6-0 before defeating Iga Swiatek of Poland clearly 6-2, 6-0.

“So far my every opponent is completely different. Giorgi is playing well here, it’s going to be tough. You never know if she hits a winner or an unforced error. But I don’t want to think about her too much, I have my own weapons. I have to serve smartly and return as many balls as possible. At the same time I mustn’t be passive,” Karolína says about her next opponent.

There are mainly seeded players among those who advanced to the round of sixteen. Caroline Wozniacki is perhaps the only eliminated favorite. However, the defending champion was defeated by the Russian Maria Sharapova. Other than that the favorites keep going through.

“The top players tend to advance in the tournament so far, but sometimes it’s just a lucky draw. Now it’s going to be more difficult, tougher and tougher opponents remain in the bracket. Now everyone is well-prepared and rested. Surprising results tend to come more often later in the season,” Karolína thinks.

The match against Camila Giorgi will start in the evening of Melbourne time, which is a change from Karolína’s first two matches at the Australian Open. It is scheduled to start at the Rod Laver Arena on Saturday at 9 p.m. local time, which is 11 a.m. CET.