Conchita Martínez: Aggressiveness is the Key to Karolína’s Success 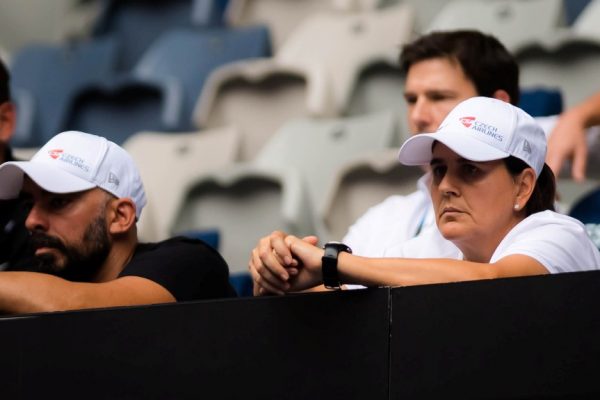 The Spanish tennis legend Conchita Martínez again took over the role of Karolína Plíšková’s coach for the Australian Open. Along with the fitness coach Azuz Simčič and manager Michal Hrdlička she also watched Karolína’s battle against the Italian Camila Giorgi in the 3rd round.

This match was perhaps the biggest test for Karolína so far. Would you agree with that?

“We knew it was going to be a difficult match and it proved true. Camila Giorgi showed how unpredictable she can be. She hits the ball really hard and plays very aggressively. Just to clarify, Giorgi is a very tough opponent because she doesn’t give you rhythm. So, I think Kája did amazing to stay in the match and look for her game.”

What was the key to success in the match?

“Definitely the fact that Kája also managed to stay aggressive throughout the match, although it wasn’t easy. I’m glad she used her serve in important moments and stayed positive all the time.”

She again broke her opponent’s resistance in the third set. What was the change compared to the lost second set?

“It was necessary to put her opponent under bigger pressure with her serve and shots. But the most important thing for me is that she stayed focused and didn’t go down after losing that second set.”

In the round of sixteen Karolína will face Garbiñe Muguruza, whom you used to coach. What can we expect from the match?

“Kája knows her well, they played against each other many times. And I know Kája enjoys playing against Garbiñe. Again, it’s up to Kája to be the aggressive player. I think against Garbiñe she’s going to have more chances to be more aggressive. She needs to stay focused during the whole match and try to be the one in command. And also try to come to the net if she has a chance.”