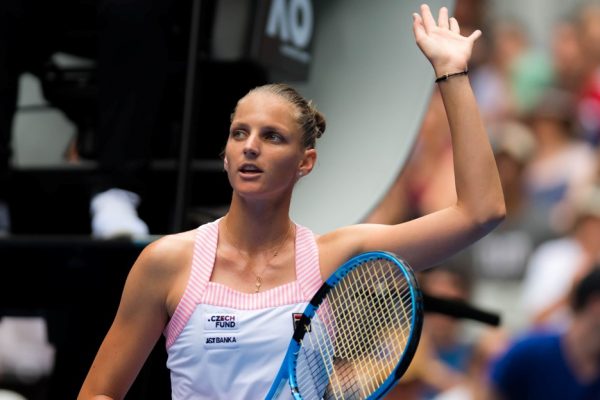 Karolína ends her Australian Open campaign in the semifinal after losing to Naomi Ósaka of Japan in a three-set battle. The semifinal is Karolína’s best result so far at the season-opening Grand Slam.

Karolína entered the match against the number four seed one day after a tough and especially emotionally difficult three-set battle against Serena Williams. This may be one of the reasons why she was struggling to find her rhythm in the first set. And since the Japanese served well, Karolína lost the set 2-6.

Naomi Ósaka seemed confident on the court in the second set as well. She kept hitting winners and when Karolína broke her serve in the very first game of the second set, Ósaka broke her back immediately.

In the end, Karolína gradually managed to put the Japanese under pressure and dominated on the court especially late in the second set. At 5-4, with Ósaka on serve, she levelled the match with a love game.

The key moments came probably in the second game of the decider. Karolína fought her way to three break points, but Naomi Ósaka, mustering all her strengths, managed to keep her serve and countered with a love game and a break.

And Karolína couldn’t respond to this moment anymore. Ósaka again became confident on serve and although Karolína created one more chance at 3-5, she didn’t capitalize on her break point. Naomi Ósaka served the match out and won her last point with an ace, which was confirmed by the Hawk-Eye.