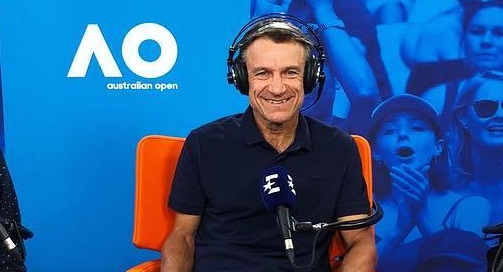 Echoes of the Australian Open still reverberate. Karolína’s performance in the tournament was also analyzed by the seven-time Grand Slam champion and currently a TV expert, Mats Wilander.

Karolína Plíšková made a big progress, both in her shots and in her footwork. And thanks to these two weapons and especially her ability to defend and stay long in rallies with much better court coverage she forced even the Grand Slam winners Garbiñe Muguruza and Serena Williams to go flat out.

Of course Karolína’s strength will always be in her first serve, hard shots and face without emotions. That’s right, it’s almost impossible to figure out how she feels on the court! Let me remind that Naomi Ósaka’s toughest match on her way to the triumph was in the semifinal against Karolína.

And when will Karolína Plíšková win her first Grand Slam?

The day she starts playing more doubles and adds the ability to move forwards to the net and look more comfortable volleying and keeps getting more “hungry”. The day will come and so will her first big title. And now imagine her second serve will improve as well…