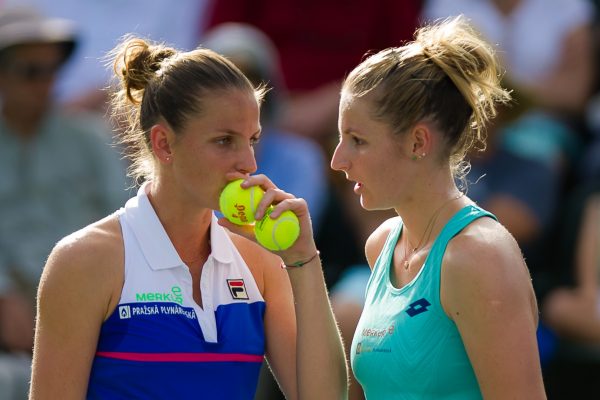 Karolína was seeded as number two for the Qatar Total Open, but had to cancel her participation in Qatar at the very last moment. By coincidence, her spot in the tournament bracket was taken by her sister Kristýna.

Karolína traveled to Doha only a few hours after her Fed Cup battle against Simona Halep and although her match against Elise Mertens was scheduled for Wednesday, she didn’t manage to get ready after her strenuous program.

“I had a raised temperature for a few days. I don’t feel any sore throat or something like that, but I’m very exhausted overall. I feel muscle pain without doing anything, so I simply can’t play 100% tennis today,” she explained her withdrawal from the tournament.

The viral infection symptoms appeared on Monday already. “Already one day after the Fed Cup tie, after that long and tough match against Simona Halep, I already felt somehow exhausted. And from my arrival in Doha I didn’t feel well. Of course it’s normal that you’re tired when you travel and play many matches. But this was different and I feel that my body isn’t ready,” she added.

She felt sorry about her withdrawal from the event: “I like it here. I triumphed here in 2017 after all. But when you’re sick, what else can you do?”

The lucky loser who replaced Karolína in the tournament bracket was her sister Kristýna. She resisted in the match against the favorite Elise Mertens, but in the end lost 2-6, 6-7.

Next week Karolína will play in Dubai where she ended in quarterfinals last year.