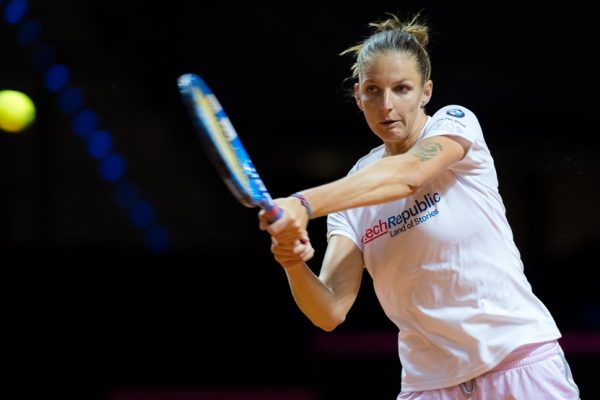 The Czech team will face Canada in the Fed Cup World Group play-offs without Karolína. The key player excused herself from the event to the team captain Petr Pála due to her busy program.

In the past few years Karolína played most of the Fed Cup ties and last time she missed the last year’s final due to injury.

But in February she already fought in Ostrava against Romania. The next tie, however, will be without Karolína. “Playing for the Czech Republic has always been a big honor for me. But this time I have decided to skip the tie due to my busy tournament schedule and preparation for the season ahead. I have discussed this with the team captain Petr Pála as well. I believe the girls will suceed. I’ll be cheering for them,” Karolína said.

“The captain respects the decision in the busy season and before the transition to clay courts. He is in touch with other players that come into consideration,” the Fed Cup team spokesperson, Karel Tejkal, commented on the news.

The Fed Cup tie between the Czech Republic and Canada will be played in Prostějov on 21st-22nd April.