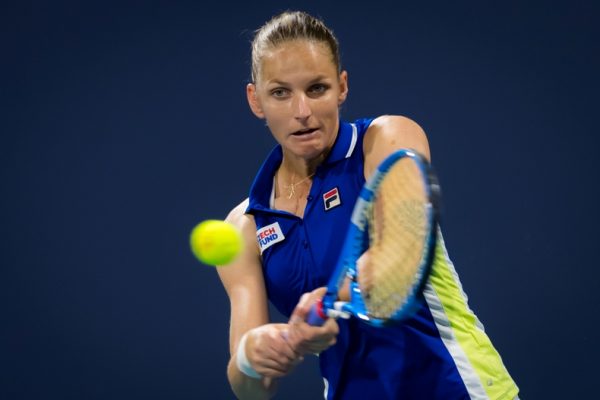 Karolína has made a first successful step at the Miami Open, beating her Croatian opponent Petra Martić 6-3, 6-4.

Karolína faced Martić for the third time in her career and wanted to pay her opponent back for the two previous losses from six years ago.

But this time there were no doubts about the winner. Karolína played very confident tennis, served well and thanks to one converted break point in the opening set she went ahead and scooped the set after a half an hour.

The second set looked even easier. Kája was quickly up by 2-0 and 40-0, but the Croatian fought back, saved her serve and turned the score to 3-4. But then she started making mistakes, committed a few double faults and made the end of the match easier for Karolína, who took advantage of the offered chance and won three straight games to finish the match.

In the third round Karolína will face the winner of the match between Alize Cornet and Mihaela Buzarnescu.