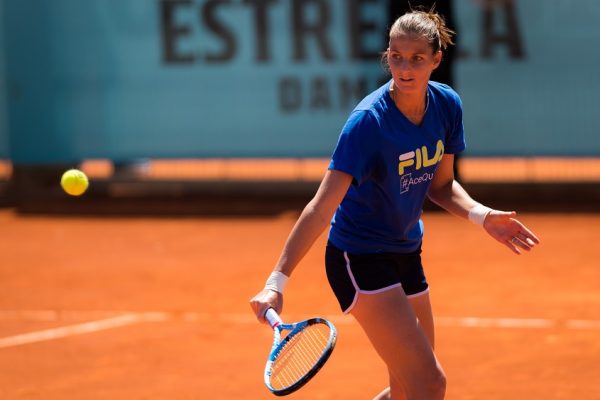 Karolína returns to tennis courts. Following her withdrawal from the tournament in Prague caused by an illness she is going to play in Madrid this week. Karolína already practiced at the venue of the event on Sunday.

“It’s nice to be back on the court again,” said Karolína after her first practice session in the Spanish capital.

“Karolína stopped taking her medication on Thursday and on Friday the doctors allowed her to get back to training. That’s also why she flew to Madrid. She’s nowhere near hundred percent OK and still feels pain,” added Karolína’s manager Michal Hrdlička.

She is seeded as number 5 at Madrid Mutua Open and on Saturday she learned the name of her first-round opponent. On Sunday she is going to face Dayana Yastremska of Ukraine, number 38 in the WTA world ranking, whom she never met at the WTA Tour.

Madrid is a traditional destination for Karolína, who starts here for the seventh consecutive time. Last year she reached the semifinals on La Caja Magica clay courts in Manzanares Park.