Karolína Stopped by Kateryna Kozlova in Second Round in Madrid 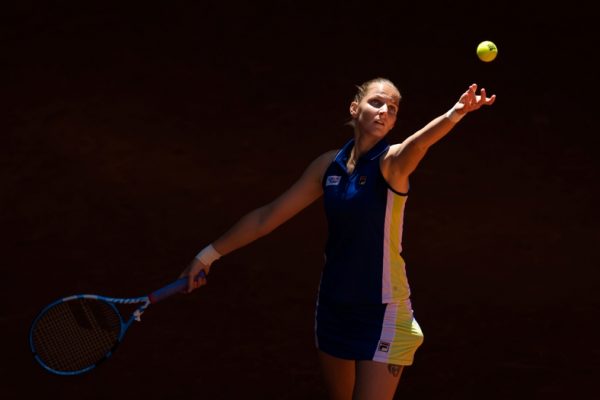 Karoína ends her Madrid campaign in second round already this year. Kateryna Kozlova of Ukraine won the three-set battle 7-5, 2-6, 6-4, deciding myinly in the final stages of the first and third sets.

Just like in the first round, Karolína faced a Ukrainian opponent and the match went into three sets again. The first set was tight for the most part and at 2-3 Kája quickly reacted to her lost serve. However, at 5-5 Kozlova got a break point with a risky return and Kája’s double fault sent her opponent into the lead. The Ukrainian then served the set out to win 7-5.

Karolína had a good second set, managed to return her opponent’s frequent drop shots and after less than a half an hour she forced the third set.

In the decider Kateryna Kozlova again opted for the tactics from the first set and tried to play aggressively, mainly on Karolína’s second serve. Kája managed to fend off the first attempt, re-breaking her opponent at 2-3 again.

But in the ninth game Kateryna Kozlova once again pushed hard against Karolína’s second serve, won her third break point of the match to go a game up and finished the match with a love game to win 6-4.

Neither unprecedented 14 aces on clay, nor hundred-per-cent break-point record helped Kája win the match. Kateryna Kozlova, whom she faced for the first time at the WTA Tour, played better in the decisive moments.